Wayne State University. Ever heard of it? Probably not. How about Zhuo-Hua Pan? No? No bell ringing? Let’s try a different approach: ever heard of Stanford University? Why, yes, it’s one of the most prestigious and famous universities in the world. And now the last question: do you know who Karl Deisseroth is? If you’re not a neuroscientist, probably not. But if you are, then you would know him as the father of optogenetics.

Optogenetics is the newest tool in the biology kit that allows you to control the way a cell behaves by shining a light on it (that’s the opto part). Prior to that, the cell in question must be made to express a protein that is sensitive to light (i.e. rhodopsin) either by injecting a virus or breeding genetically modified animals that express that protein (that’s the genetics part).

If you’re watching the Nobel Prizes for Medicine, then you would also be familiar with Deisseroth’s name as he may be awarded the Nobel soon for inventing optogenetics. Only that, strictly speaking, he did not. Or, to be fair and precise at the same time, he did, but he was not the first one. Dr. Pan from Wayne State University was. And he got scooped. 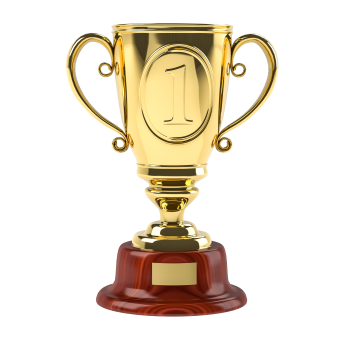 The story is at length imparted to us by Anna Vlasits in STAT and republished in Scientific American. In short, Dr. Pan, an obscure name in an obscure university from an ill-famed city (Detroit), does research for years in an unglamorous field of retina and blindness. He figured, quite reasonably, that restoring the proteins which sense light in the human eye (i.e. photoreceptor proteins) could restore vision in the congenitally blind. The problem is that human photoreceptor proteins are very complicated and efforts to introduce them into retinas of blind people have proven unsuccessful. But, in 2003, a paper was published showing how an algae protein that senses light, called channelrhodopsin (ChR), can be expressed into mammalian cells without loss of function.

So, in 2004, Pan got a colleague from Salus University (if Wayne State University is a medium-sized research university, then Salus is a really tiny, tiny little place) to engineer a ChR into a virus which Pan then injected in rodent retinal neurons, in vivo. After 3-4 weeks he obtained the expression of the protein and the expression was stable for at least 1 year, showing that the virus works nicely. Then his group did a bunch of electrophysiological recordings (whole cell patch-clamp and voltage clamp) to see if shining light on those neurons makes them fire. It did. Then, they wanted to see if ChR is for sure responsible for this firing and not some other proteins so they increased the intensity of the blue light that their ChR is known to sense and observed that the cell responded with increased firing. Now that they saw the ChR works in normal rodents, next they expressed the ChR by virally infecting mice who were congenitally blind and repeated their experiments. The electrophysiological experiments showed that it worked. But you see with your brain, not with your retina, so the researchers looked to see if these cells that express ChR project from the retina to the brain and they found their axons in lateral geniculate and superior colliculus, two major brain areas important for vision. Then, they recorded from these areas and the brain responded when blue light, but not yellow or other colors, was shone on the retina. The brain of congenitally blind mice without ChR does not respond regardless of the type of light shone on their retinas. But does that mean the mouse was able to see? That remains to be seen (har har) in future experiments. But the Pan group did demonstrate – without question or doubt – that they can control neurons by light.

All in all, a groundbreaking paper. So the Pan group was not off the mark when they submitted it to Nature on November 25, 2004. As Anna Vlasits reports in the Exclusive, Nature told Pan to submit to a more specialized journal, like Nature Neuroscience, which then rejected it. Pan submitted then to the Journal of Neuroscience, which also rejected it. He submitted it then to Neuron on November 29, 2005, which finally accepted it on February 23, 2006. Got published on April 6, 2006. Deisseroth’s paper was submitted to Nature Neuroscience on May 12, 2005, accepted on July, and published on August 14, 2005… His group infected rat hippocampal neurons cultured in a Petri dish with a virus carrying the ChR and then they did some electrophysiological recordings on those neurons while shining lights of different wavelengths on them, showing that these cells can be controlled by light.

There’s more on the saga with patent filings and a conference where Pan showed the ChR data in May 2005 and so on, you can read all about it in Scientific American. The magazine is just hinting to what I will say outright, loud and clear: Pan didn’t get published because of his and his institution’s lack of fame. Deisseroth did because of the opposite. That’s all. This is not about squabbles about whose work is more elegant, who presented his work as a scientific discovery or a technical report or whose title is more catchy, whose language is more boisterous or native English-speaker or luck or anything like that. It is about bias and, why not?, let’s call a spade a spade, discrimination. Nature and Journal of Neuroscience are not caught doing this for the first time. Not by a long shot. The problem is that they are still doing it, that is: discriminating against scientific work presented to them based on the name of the authors and their institutions.

Personally, so I don’t get comments along the lines of the fox and the grapes, I have worked at both high profile and low profile institutions. And I have seen the difference not in the work, but in the reception.

That’s my piece for today.