While EU is moving on with legislation to curtail harmful chemicals from our food, water, and air, USA is taking a few steps backwards. The most recent de-regulation concerns chlorphyrifos (CFP), a horrible pesticide banned in EU in 2008 (and in most of the world. China also prohibited its use on produce in 2016). CFP is associated with serious neurodevelopmental defects in humans and is highly toxic to the wildlife, particularly bees.

The paper that I’m covering today wanted to see if there is anything the consumer can do about pesticides in their produce. Unfortunately, they did not look at CFP. And why would they? At the time this study was conducted they probably thought, like the rest of us, that CFP is over and done with [breathe, slowly, inhale, exhale, repeat, focus].

Yang et al. (2017) bought organic Gala apples and then exposed them to two common pesticides: thiabendazole and phosmet (an organophosphate) at doses commonly used by farmers (125 ng/cm2). Then they washed the apples in three solutions: sodium bicarbonate (baking soda, NaHCO3, with the concentration of 10 mg/mL), Clorox (germicidal bleach with the concentration of 25 mg/L available chlorine) and tap water.

Before and after the washes the researchers used surface-enhanced Raman spectroscopy (which is, basically, a special way of doing microscopy) to take a closer look at the apples.

They found out that:

2) The more you wash the more pesticide you remove. If you immerse apples in backing soda for 12 minutes for thiabendazole and 15 minutes for phosmet and then rinse with water there will be no detectable residue of these pesticides on the surface.

3) “20% of applied thiabendazole and 4.4% of applied phosmet penetrated into apples” (p. 9751) which cannot be removed by washing. Thiabendazole penetrates into the apple up to 80μ, which is four times more than phosmet (which goes up top 20 μm).

5) Phosmet is completely degraded by baking soda, whereas thiabenzole appears to be only partially so.

True to my nitpicking nature, I wish that the authors washed the apples in tap water for 8 minutes, not 2, like they did for Clorox and baking soda in the internal pesticide residue removal experiment. Nevertheless, the results stand as they are robust and their detection method is ultrasensitive being able to detect thiabendazole as low as 2μg/L and phosmet as low as 10 μg/L.

Thiabendazole is a pesticide that works by interfering with a basic enzymatic reaction in anaerobic respiration. I’m an aerobe so I shouldn’t worry about this pesticide too much unless I get a huge dose of it and then it is poisonous and carcinogenic, like most things in high doses. Phosmet, on the other hand, is an acetylcholinesterase (AChE) inhibitor (AChEI), meaning its effects in humans are akin to cholinergic poisoning. Normally, acetylcholine (ACh) binds to its muscarinic and nicotinic receptors in your muscles and brain for proper functioning of same. AChE breaks down ACh when is not needed any more by said muscles and brain. Therefore, an AChEI stops AChE from breaking down ACh resulting in overall more ACh than it’s good for you. Meaning it can kill you. Phosmet’s effects, in addition to, well…, death from acute poisoning, include trouble breathing, muscle weakness or tension, convulsions, anxiety, paralysis, quite possible memory, attention, and thinking impairments. Needles to say, it’s not so great for child development either. Think nerve gas, which is also an AChEI, and you’ll get a pretty good picture. Oh, it’s also a hormone mimicker.

I guess I’m back buying organic again. Long ago I have been duped for a short while into buying organic produce for my family believing, like many others, that it is pesticide-free. And, like many others, I was wrong. Just a bit of PubMed search told me that some of the “organic” pesticides are quite unpleasant. But I’ll take copper sulfate over chlorphyrifos any day. The choice is not from healthy to unhealthy but from bad to worse. I know, I know, the paper is not about CFP. I have a lot of pet peeves, alright? 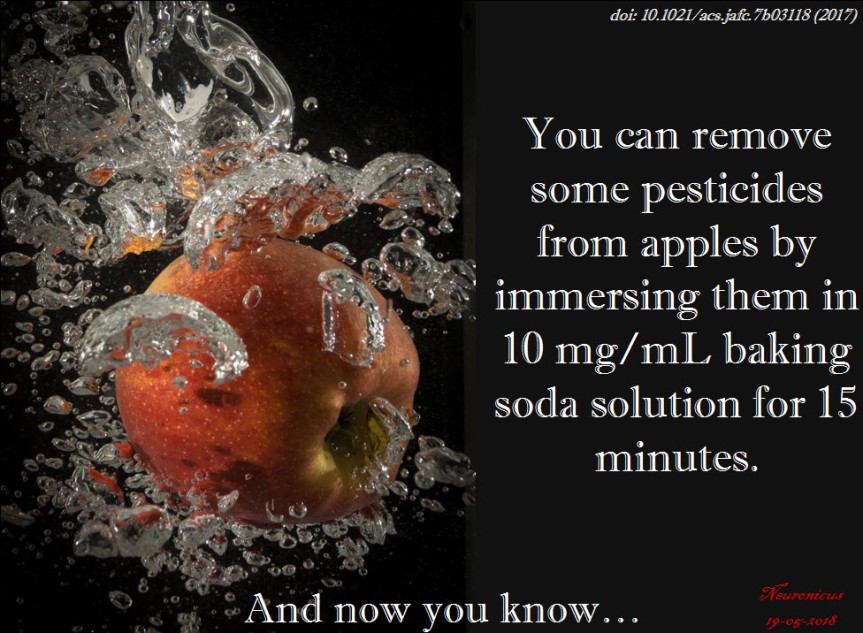